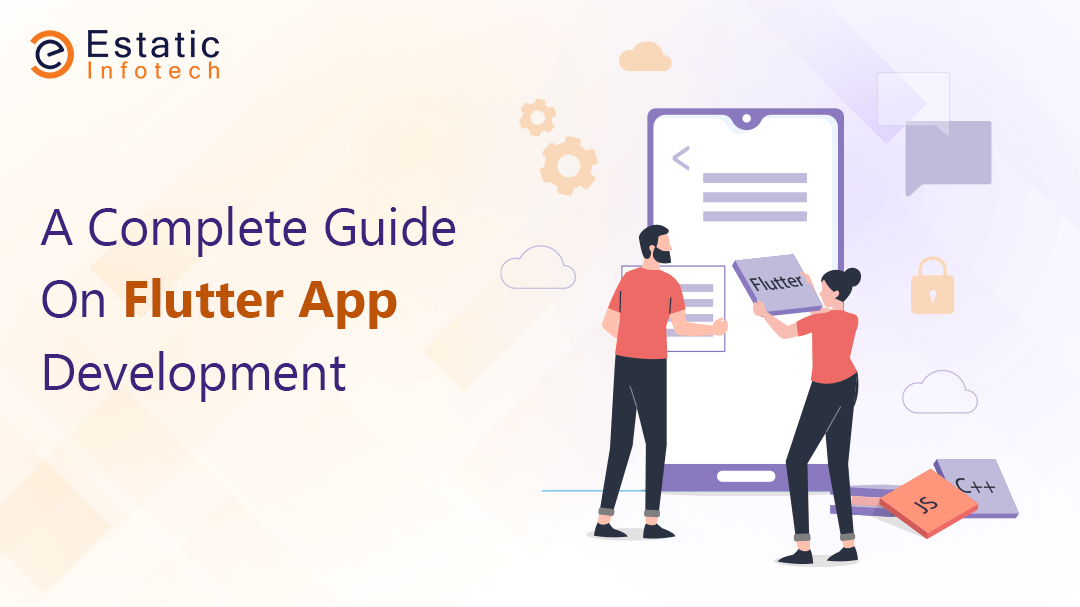 With Flutter, you will develop native applications for Android and iOS platforms from a single code. It also lets the flutter app developers develop scalable and robust mobile apps quickly. With Flutter app development services, you will get the best application in less time as it reduces developer’s efforts and time while developing a mobile app.

Flutter has been known since its establishment by Google as an open-source technology for developing native Android and iOS applications. Since then, flutter app development has been constant with current tools, widgets, and a comprehensive framework.

Flutter app development company will help you develop an application with Flutter SDK that allows you to create and deploy visually intuitive mobile applications. The comfort of development in a short time will offer the business more profit and app popularity. With the help of technology upgrades, Flutter is a prominent framework to choose from, followed by Stack Overflow and GitHub trends.

From successful applications in Google App Store, over 50K+ Flutter applications are downloaded, such as eBay, Alibaba, and more from Google Store. Even Google uses the Flutter toolkit for the Google Home Hub UI and its diverse Google Assistant modules. Many giant organizations utilize Flutter to complete their web and mobile applications user-friendly.

Business apps' platform stability and apps’ performance are of great value for any business. Besides, flutters' real-time support and timely updates play a critical role in customer retention and satisfaction.

You can hire Flutter app developers to power &amp; develop a robust business solution with the following features:

What is Flutter Development Framework?

The Flutter framework includes a widget-based library and a software development kit (SDK). It comes with a library of various reusable UI elements, such as sliders, text inputs, and buttons.

It was introduced in the market in May 2017, and it is one of the fastest-growing repo on GitHub. Further, Flutter 2.0 was released in March 2021, significantly improving the framework.

Also, it imitates the native experience exclusive to the platform and doesn’t matter if you want to run your application on any devices like mobile, TVs, tablets, and more. Flutter always has your back as it is not only a framework but a complete software development kit. Flutter holds everything you will need for cross-platform app development.

What Programming Language is Flutter based on?

The Flutter was developed by Google and is based on the Dart programming language. It aims to replace classic JavaScript, where with the help of Dart programs, one can run apps directly on a server. In the browser, they are converted to JavaScript using the Dart2js trans compiler.

Flutter has multiple advantages to lead the app in the market. These advantages are intrinsic in the programming language and the development tools that allow Flutter to solve issues that other languages cannot cope with.

Unlike the traditional writing method for Android and another codebase for iOS devices, Flutter needs only one codebase. Flutter’s code reusability feature allows developers to write one codebase and use it for Android, iOS, web, desktop, and more.

It will help reduce development time and cost, enabling you to launch your app faster.

Flutter’s custom widgets are a complete delight for developing great visuals for your app. At the same time, Flutter app development service provider will help you build an attractive app where you don’t have to worry about the UI on other devices.

Flutter uses the Skia Graphics Library, a popular framework, a short and mature open-source graphics library. It redesigns the UI in the app every time a view change. So, you will get a quick loading and smooth app experience.

The app development will be much faster with testing the hot reload feature. But using Flutter, there is no need to reload the app to see every change you make in the code. You can easily make changes in your app in real-time, so you have more opportunities to experiment with the code and fix bugs on the go.

There are no perfect technology keys that exist, and Flutter is no exception here. Its cons aren’t exactly deal-breakers, but here are some reasons why it is not an ideal toolkit for a specific app.

Due to widgets, flutter apps are quite large and “heavy” to start. In addition, they occupy a lot of space and take longer to download or update any data.

It requires updating Flutter modules to upgrade programming essentials in operating systems. These Flutter modules are combined with fixed elements in the program; the latter must also be recompiled and reinstalled on the devices.

With Flutter, you may not be able to get the desired functions in the current library as it is new in the market. Creating specific tools, expanding functionality, and developing the community will take some time.

How to get started with Flutter?

With Flutter, the approach to app development is stimulated by declarative UI. Flutter developers can build custom widgets for an excellent app and combine them seamlessly with the existing ones. In addition to that, there is a smooth learning curve for the best-customized Flutter app development.

The following are the steps on how to get started with Flutter:

Is Flutter best for Web Development?

If you are looking to develop a web application that works flawlessly on any platform, Flutter is the right choice. It has a faster time-to-market and offers seamless UI at a budget-friendly cost. There are very few projects that could not include Flutter.

On the other hand, if you need a 3D touch app, Flutter web development doesn't fully support that for now. If your business app needs heavy contact with a camera or phone calls, Flutter can be monotonous. Flutter web applications also appear to be on another side if you are looking for a smaller version of the app.

Also Read: Flutter vs. React Native – What to Choose for Next App Development?

Why is The One Technologies your Flutter App Development Company?

We have experience and expertise in Flutter development with a team of creative designers and managers to manage any complex project. With a Flutter-centric development team, flutter app development company identifies ways and standards to leverage the platform and develop innovative applications.

Thus, we have the right way to develop a scalable and robust flutter app with custom features and a combination of knowledge and creativity. We will help you quickly release smart apps that will be driven by a defined process consisting of validating the idea until it is executed in sync.

We deliver an MVP before the final development and follow the standard development process to design and develop the best Flutter applications. It will give a precise app picture and a futuristic view.

If you want to develop a mobile or web application, connect with our Flutter experts to plan your next app.