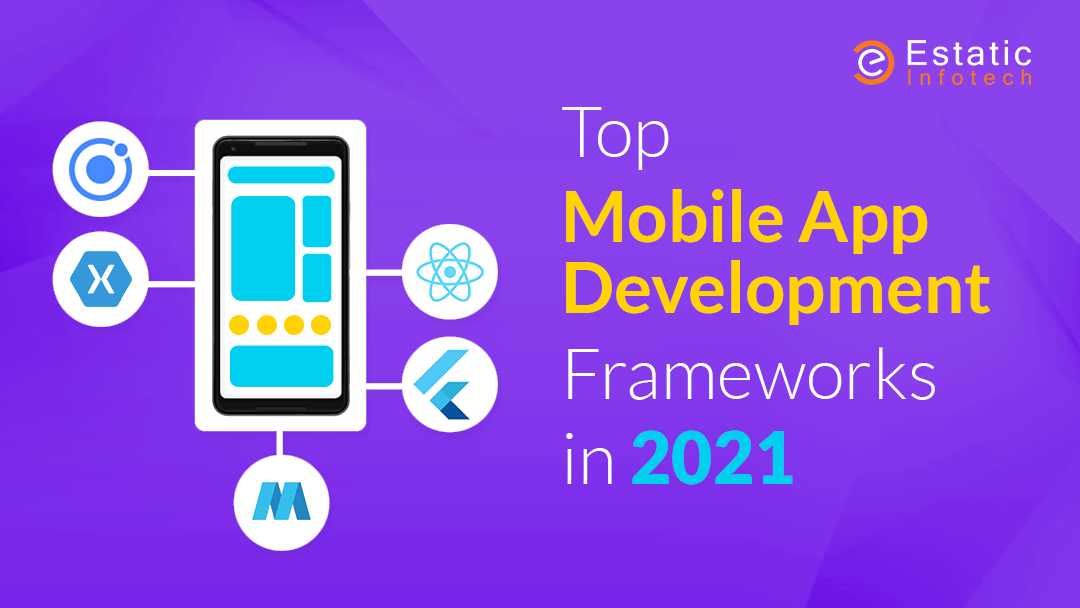 But have you ever wondered how these mobile apps are developed?

What types of tools and mobile app frameworks are being used to develop apps?

Well, as far as we get our apps on mobile, we never bother to ask such questions.

But the question remains as to how we can develop an app. Of course, a reliable and the best mobile app development company looks after these things very well.

There are many mobile platforms available, such as Android, iOS, and Windows. There are different forms of apps as well.

Well, here, let us not talk about the app categories such as shopping apps or gaming apps. But in terms of how the apps function in a device.

So in that way, mobile apps can be categorized into three categories.

Native apps are developed for specific platforms like iOS, Android, and Windows. These apps use device features like camera, RAM, GPS, etc.

Hybrid apps are the combination of both native and web apps.

These apps are generally created using the following frameworks:

Native apps offer the best quality to users in terms of their aesthetic and functional aspects.

But native app development services cost you higher. And the diversity of devices and platforms can be challenging in ensuring maximum user penetration.

So, keeping all of these in mind, let’s see the 10 best 20 mobile app development frameworks for 2021. 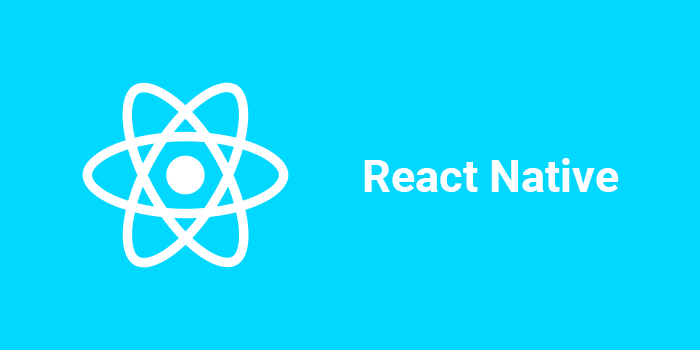 React Native is one of the popular frameworks which is used to develop both Android and iOS apps. Using this framework, developers can build high-performance apps in less time with faster deployment times. However, it’s a budget-friendly option.

React Native has turned out to be the best solution in JavaScript-based mobile app frameworks. Developed by Facebook, it’s an open-source, cross platform app development framework.

One more advantage you can get by using this framework is that it lets you develop truly native apps but doesn’t compromise on user experience - UX. It comes up with many components like Views, Text, Images all mapped to a platform’s native UI building block. 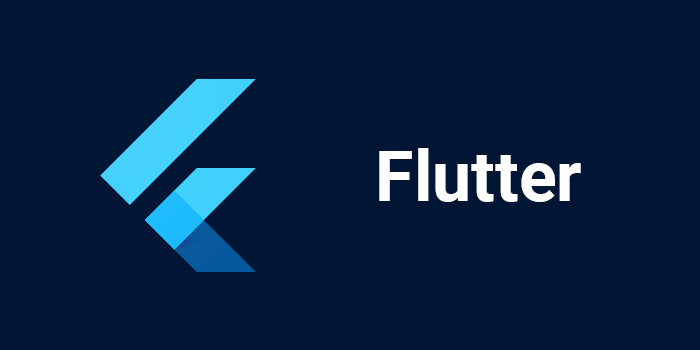 Flutter is a UI toolkit backed by Google, helps in developing native apps for the web, mobile, and desktop using a single codebase. It offers a wide range of customizable widgets to build native interfaces in a short time.

Flutter offers a native experience to both the developer and end-user with many features such as navigation, icons, plus fonts and scrolling. Its intuitive widgets, material designs, and amazing animations allow developers to develop expressive UI for applications.

Unlike many other mobile app frameworks, developers have to write codes in Dart language. So, they can reuse these codes for the upcoming tasks as well.

However, the backing of Google itself gives Flutter an extra edge of credibility. 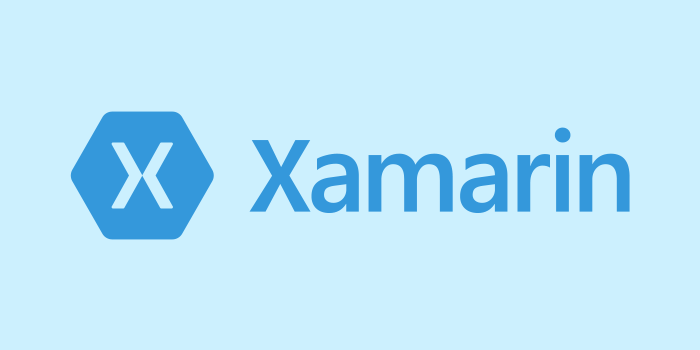 Xamarin makes its way into the top mobile app development frameworks in 2021. It’s an open-source platform that is used to develop hybrid mobile apps using .NET and C#.

Since Xamarin leverages C#, it requires less coding. So, a developer can code for the app in a faster way. Xamarin comes up with .NET development platforms with many tools and libraries for developing Android, iOS, tvOS, watchOS, macOS, and Windows apps.

Being a cross platform and open-source platform, Xamarin offers a development ecosystem with a backend, API, components, etc. Since it offers an excellent native user interface, developers can develop natively while offering an amazing user experience. The apps developed on Xamarin provide seamless native performance in terms of both quality and performance. 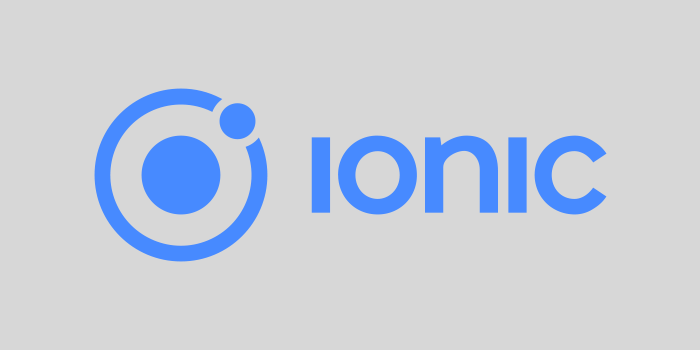 Ionic is an open-source and cross platform mobile UI toolkit which is used to develop native apps such as Android, iOS, and web applications.

However, Ionic has become a favorite framework among app developers in a short period of time. It’s a free app development platform that uses a combination of CSS3, HTML, and JavaScript technologies.

Ionic is an ideal choice to develop hybrid apps and Progressive Web Applications by using HTML5. It offers uniform designs, performance boosts, and support for all devices, and so on.

Ionic-enabled apps can be distributed across multiple app stores and installed on any device using Cordova or Capacitor. Besides, Ionic Studio is the lightweight version of Ionic and it’s quite powerful. 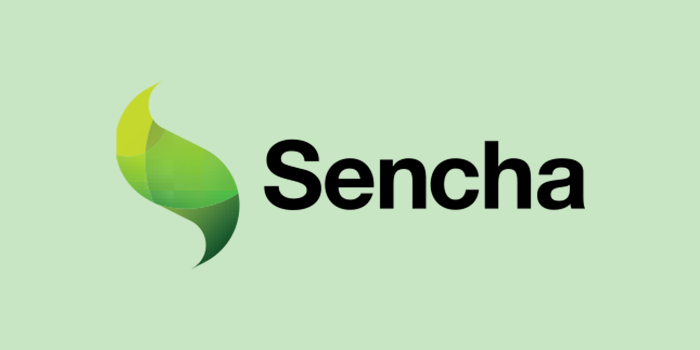 Sencha Ext JS is a JavaScript framework that’s used to develop both mobile and web applications. It’s an open-source and cross platform framework.

A mobile app development company can use this framework to develop enterprise applications.

With the latest version of Sencha Ext JS, it combines the power of Ext JS and Sencha Touch. Hence, developers can quickly and easily develop Hybrid apps. Moreover, they can develop apps for different platforms using a single codebase. 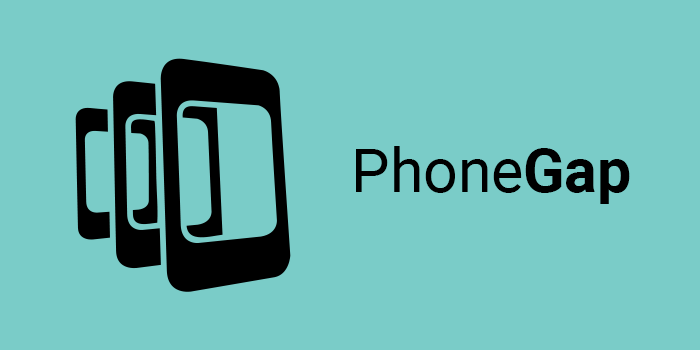 When a cross-platform app development company develops the app locally, we can instantly see how the app looks and works through the PhoneGap developer app without having to reinstall the app to test the code. However, it also allows you to link the apps to mobile devices.

This way, we can also access device APIs that may not be available in web browsers. Using many Cordova plugins, developers can use the device’s camera, GPS, sound, and accelerometer, etc to provide a native-like app experience.

Some famous apps built with PhoneGap:

JQuery Mobile is a touch-based mobile app development framework based on HTML5. It allows developers to code less and build more in less time. It’s known for its user-friendly and interactive interface.

JQuery comes up with a ready-to-use JavaScript library with many plugins like Image Slider, Content Slider, and Pop-Up Boxes, and many more. Using JQuery, developers can create responsive websites or apps for mobile devices, tablets, and desktops.

Moreover, developers can also use PhoneGap with JQuery to develop the apps.

The framework is touch-optimized and runs on a single codebase, and enables developers to create highly customizable apps or websites. 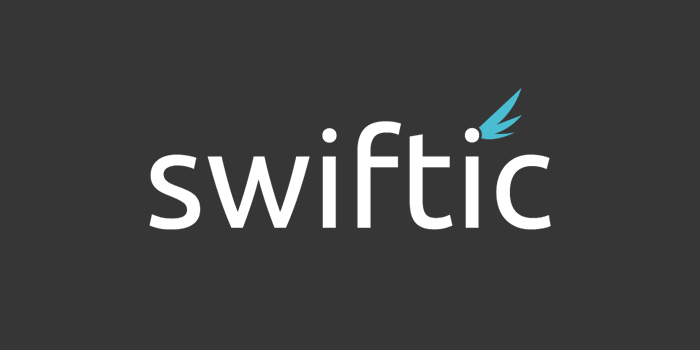 Swiftic has taken its spot in the top mobile app development frameworks for the iOS platform. However, Swiftic requires no or minimal code to develop an app as it’s a DIY app maker. So, an iPhone app development company doesn’t need to dive into coding while using this framework.

Since it offers many read-made components and features, developers can make the best use out of it. Its user-friendly interface is a plus point, along with smooth navigation. Moreover, a developer can develop this in less time. 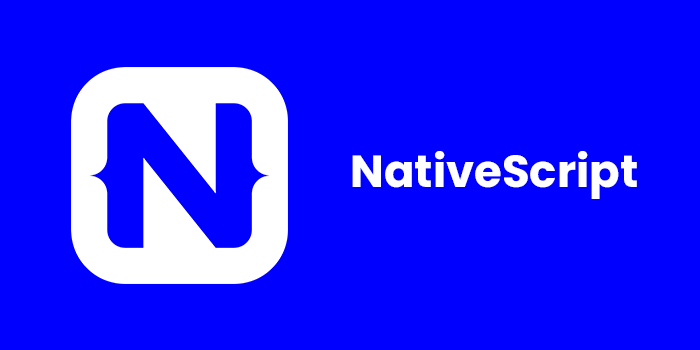 It comes up with “Write Once - Use it Everywhere”. Therefore, it has improved and significantly changed in the last few years.

Some famous apps built with NativeScript: 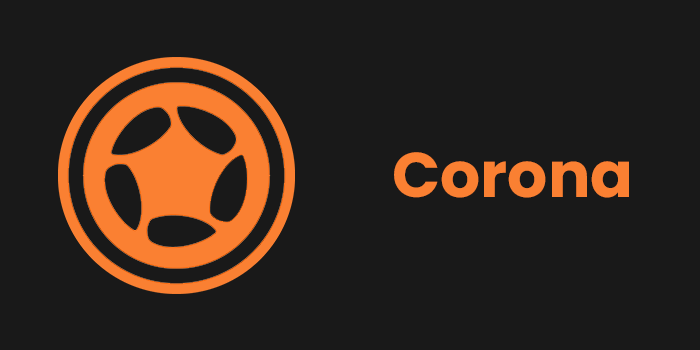 Using Corona SDK, a mobile app development company can develop both mobile and desktop applications. Also, it allows developers to create one application and publish it to multiple platforms or devices such as Apple’s iPhone, Android phones, iPad, tablets, Amazon Fire, macOS, Windows Desktop, and even connected to TVs such as Apple TV, Android TV, and Fire TV.

Things to Consider While Choosing The Best Framework

Before you hire mobile app developer, you have to be clear about which platform your app is going to work on. If you are looking to develop an app that works on both Android and iOS platforms, then you must go for a platform-compatible framework.

Developers should consider the speed optimization factor from the perspective of both the users and developers. Developers have to select a framework that will speed up their development process and take less time in coding.

Also, from a user’s perspective, you need the app to function smoothly.

When a developer follows the mobile app development process and develops a high-quality product, he/she has to consider the development cost.

Therefore, while choosing the framework, you need to select a preferred one that meets all the user’s expectations and falls into the budget criteria.

We have to select that framework that has an adaptability nature. So, whenever developers do any new changes in the coding, they must be reflected in the application.

In this blog, we have given you the 10 best mobile app development frameworks of 2021. By now, you could be aware of the features of each one, know their details, and have an idea of apps developed using them.

However, if you have not got the right framework yet, we suggest you choose a reliable mobile app development company that can guide you through the mobile development process. So, put the pedal to increase the reach of your business by targeting mobile app users.